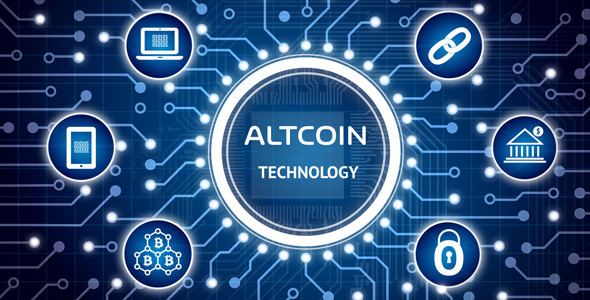 Altcoin.io, startup that works as a decentralized cryptocurrency exchange platform in San Diego revealed that it has managed to get $1 million funding via crowdfunding service offered by WeFunder. This large investment in this new platform is a clear indication that the industry is headed in the right direction.

More investors are willing pump in thousands of dollars in startups that are showing signs of profitability. The motivation also comes from the fact that billions of dollars’ worth of digital coins is exchange online every day. Cybersecurity has been enhanced to ensure that the interests of the traders well as new investors are protected. This is one of the main reasons why incidents of exchange platforms being hacked have reduced significantly over the last couple of months.

As noted on Digital Journal, one of the main objectives of Altcoin.io is to come up with a robust peer-to-peer decentralized exchange platform that is transparent and authentic. Unlike other exchange platforms, all the users who will be involved will be given full control of their tokens. They will never be required to relinquish them to a third party member in the ecosystem. Another aspect that will give this platform an upper hand in the market is the fact that it will be a real-time and scalable platform that will be more affordable and convenient for both experienced and new cryptocurrency traders. According to a statement by Andrew Gazdecki, the CEO, and Co-Founder of the company, the team is excited and focused on creating a platform that will give millions of people from all across the globe an opportunity to exchange their tokens securely. More importantly, the platform will give traders total control over their tokens.

The company has also revealed that they intend to develop a Sidechain model that will help keep at bay all Cybersecurity issues that have crippled the industry for years. The model is dubbed plasma and will be one of the pillars of the hierarchical blockchain process. All the transactions will be done via smart contracts and one of the main benefits is that in case of a security issue or system failure, the traders can easily trigger an exist to move funds from the smart contracts in seconds.

It is also important to note that Altcoin.io has also developed a unique platform that allows traders to exchange their Bitcoins for Ethereum. To do this, the company relies heavily on atomic swap technology that is very secure and reliable. The atomic swaps are done using Hash Timelock Contracts (HTLC), a timed contract between both parties involved in the trade. A verifiable cryptographic has function is generated to facilitate the transaction.

Indeed, Altcoin.io platform will have a major impact on the cryptocurrency industry once the entire platform is established. The fact that investors are already willing to invest millions even before the company goes live is a true indication of the potent positive capability of the platform.