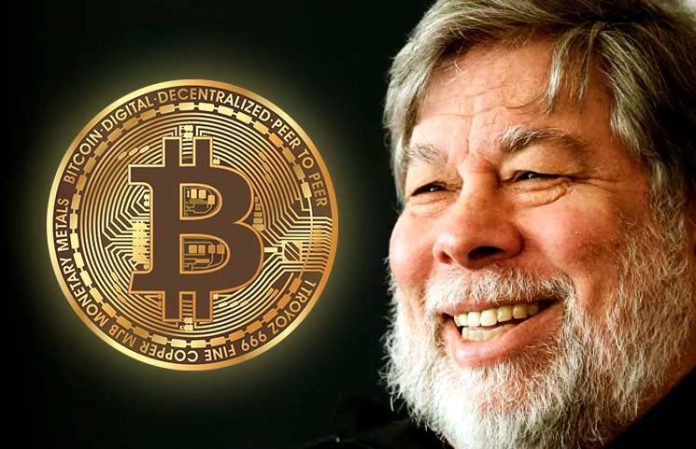 Steve Wozniak, Apple Co-Founder has openly stated that he believes that bitcoin will be the main currency in the next 10 years. As noted by Express UK, Steve made the comments during an interview with CNBC. He said that the cryptocurrency value would soon drop in terms of market value just like the famous internet bubble experienced in the 1990s. He further went ahead to state that he supports the move by companies to create their own cryptocurrency and said that even though he does not fully believe that the currency will go mainstream in a decade from now, he hopes that his dreams becomes a reality. One of the main reasons for his narrative is that the amount of bitcoins in circulation is regulated and so it is possible to lower and manipulate the supply and demand in the market based on trends.

Explanation for His Narrative

Steve gave an example when the demand for bitcoin was so high across the globe that the price skyrocketed to $20,000 per coin before dropping to less than $10,000. Surprisingly, when asked the current value of bitcoin in the market, he stated that he does not know its current position since he does not track it. This has raised eyebrows on whether bitcoin has the potential to become the main currency. There are also doubts on whether he really meant what he said during the interview.

Another baffling comment that Steve made is that if the demand of bitcoin or any other digital asset increases, it becomes more popular than other things whose value is similar, but since supply is limited, there is a cap on the highest price that the currency can hit in exchange platforms.

Performance of Bitcoin Compared to Bitcoin

Steve also compared the value of bitcoin to the U.S dollar and stated that in terms of dollars versus bitcoin, the value of the two will continue to upscale over time unless something drastic happens in the market. He also stated that the increase in prices may not happen as fast as most investors would wish, it may be slow during the initial stages then pick speed as changes in the market trends take shape and control the market industry. The crash during the internet error resulted in thousands of investors losing millions of dollars. Apple C0-Founder is of the idea that the same could happen to most of the blockchain powered technologies. Therefore, it is important for investors to trend carefully and make strategic decisions to ensure that they reap the profits and cushion themselves with the risks associated with any new technology that is introduced into the market.
Twitter CEO Jack Dorsey is another influential figure in the crypto industry who has also stated that bitcoin will continue to reign supreme in the digital currency world and will soon establish itself as the main currency across the globe.

Crypto Brokers Calls for Transparency before Regulations are Made and Implemented

Major Boost for Zcash as Gemini Confirms Its Support

PROJECT SHIVOM – The Next Era of Genomics and Healthcare