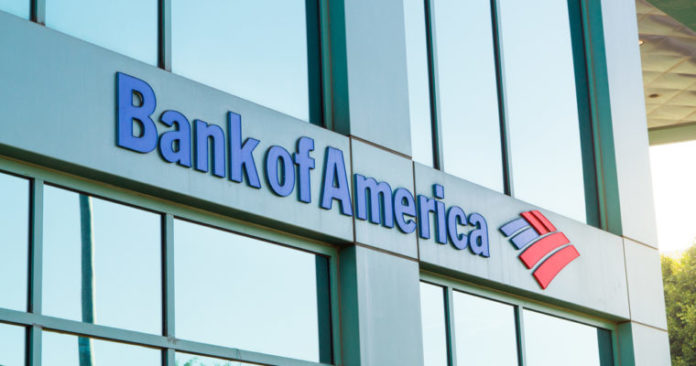 According to a group of research analysts at Bank of America, the blockchain technology could soon become a multi-billion dollar industry in the next couple of years and become particularly beneficial to companies such as Microsoft and Amazon.  The analysts valued blockchain market at $7 billion.

As reported by CCN, the analysts also went ahead to state that the total blockchain market would eventually be worth more than $7 billion basing their argument on the current market trends. However, they did not give a specific timeline since the technology is still relatively new and not widely used across the globe. The market value estimate was also made with the assumption that 2% of all the servers in the world will one day be used to support blockchain technology. Kash Rangan, one of the research analysts stated that global companies such as Amazon could embrace and use blockchain to foster their retail operations as well as improve cloud-computing operations.

Rangan also went to state that SaaS “software as service” could benefit from the blockchain technology. Companies such as Azure platform and Microsoft that already have Ethereum based products have already positioned themselves to benefit fully from this new technology.

Despite the positive remarks about blockchain technology, Bank of America is still adamant and cautious about use of the technology to make digital money. However, the analysts stated that companies such as Salesforce, VMware, Redfin, Oracle, IBM, and Lending Tree could scale up with operations and make more profits if they move with speed and incorporate distributed ledger technology (DLT) into their systems.

The Bank is Positive About Blockchain Technology

Bank of America is one of the well-known and respected financial institutions in the world that has not being shy to comment about blockchain technology and what it can do for businesses and people in different parts of the world. At the moment, the financial institution is grouped together with Walmart and IBM. The two-mega companies have shown tremendous support of this technology and have invested heavily in several projects that are tailored to improve their operations and service delivery.

Despite a statement in the bank’s annual report, which stated that, cryptocurrencies are a threat to their model of business, the bank has been actively creating several patents that are related to the blockchain technology. For example, in May, the bank won a patent that allows it to create tags using DLT to make it easy for users to block by searching for information using the keywords that are associated with the tag.

There are also reports which indicate that Bank of America has also applied for a patent to operate a cold storage system and another payment processing system meant to process digital currency payments as well as conversions in real-time.

The positive analysis of blockchain technology is proof that Bank of America is conversant with the technology and aware of the positive impact it could have on businesses and individuals. Other financial institutions should also follow suit and adopt a similar approach to promote adoption of the technology especially in the developing countries.