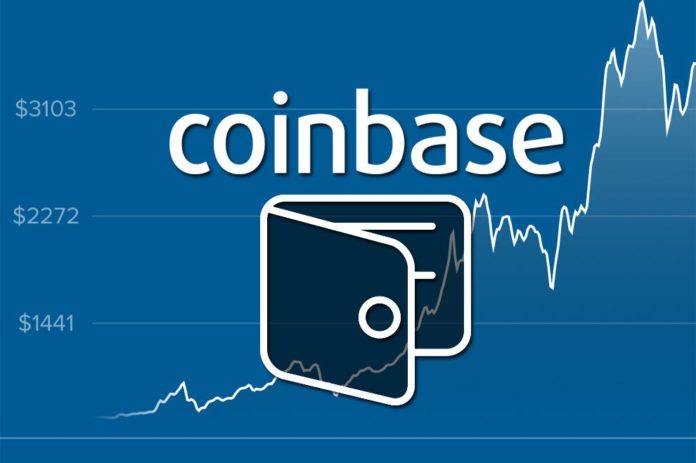 Coinbase is the biggest cryptocurrency broker and wallet provider on the market. Despite this, their popularity has been tumbling in 2018 along with the overall cryptocurrency market.
It has been a turbulent year to date for the majority of cryptocurrencies, having experienced such highs right throughout 2017. A lot of people had thought that the good times would never end, but they certainly have been halted for the past six months.
Coinbase was nearly as popular as the likes of Facebook at one stage towards the latter months of 2017. Many people who didn’t even know how cryptocurrencies or Coinbase worked, were signed up for an account.
There was such an unprecedented demand for new accounts that they struggled to keep up and often times users would have to wait weeks for their new accounts to be verified.

How did Coinbase originally become so popular?

Coinbase has been in operation since June 2012, when it was founded by Fred Ehrsam and Brian Armstrong. They currently offer fiat-to-crypto brokerage services for Bitcoin, Bitcoin Cash, Litecoin and Ethereum.
They are also a global digital asset exchange and they have an API offering whereby merchants and developers can create applications and accept cryptocurrency payments. In the near future, they are planning to support ERC20 tokens. 2017 was their breakout year as they rode on the crest of a wave generated by the hype around the cryptocurrency sector. The likes of Bitcoin started the year at around the $1,000 mark and by December it was nearly touching highs of $20,000.
Bitcoin was the main cryptocurrency to enter into the mainstream, as more and more people in the mainstream public began to hear about it. Just like with any craze, the main aspect of it that attracted attention from mainstream media and the public was the massive amounts of profit that investors were making though cryptocurrencies.
People who had no knowledge of this sector began getting involved, often maxing out their credit cards or taking out loans to do so. Coinbase was the easiest option for these people to get involved in the market, as it was a very straightforward platform to use. All they had to do was link up their credit card and exchange their fiat currency for Bitcoin or one of the other offered digital currencies.

It was on the 27th of November 2017 that Coinbase became the top trending app on the Apple App Store. It beat out stiff opposition to do so. It seemed like everyone in the street had the Coinbase app on their phone as crypto hype was taking over. Less than two weeks later, Coinbase became the leading app in the entire App Store.
This was a massive achievement, as it came from relative obscurity among the general public to beating the likes of Instagram, Facebook Messenger and YouTube in the charts. They were constantly getting new customers as a result of all this attention. In November alone, they gained over one million new unique users, sometimes having over 100,000 signups per day. Why has the popularity declined?

Thins have taken quite a turn since these heady days for Coinbase. As soon as Bitcoin and other cryptocurrencies began to tumble in value, so did Coinbase. The interest in the sector has significantly cooled off, with many people who got involved at the top of the market having liquidated their losses and gone away.
Coinbase didn’t really do anything wrong, it was largely out of their hands. They have been trying to innovate in recent months, with the announcement of ERC20 support in the near future, but this hasn’t had much of an effect on their popularity.

They launched the Coinbase Index Fund in June which allowed investors in the US to be able to invest in the assets listed on Coinbase without having to actually own them. The size of these investments range anywhere from $250,000 up to $20 million.
They have also been expanding their operations across the world, having opened up a new office in Japan. While their popularity clearly has declined significantly, Coinbase have taken it in their stride. They are continuing to be innovative and will be well positioned when the cryptocurrency markets pick up once again.