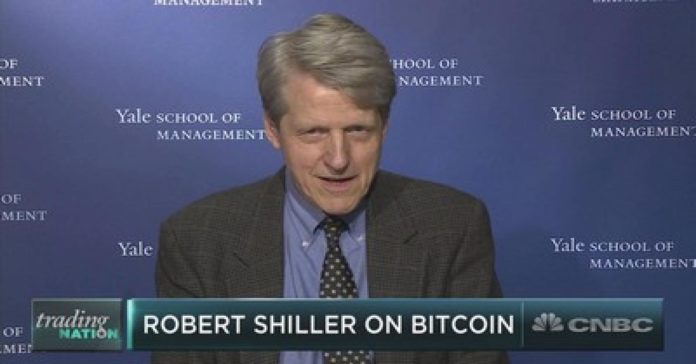 An article posted on Bloom Berg, Robert Shiller, recently stated that the now famous cryptocurrencies is probably one of the projects that have managed to revolutionize and modernize money across the globe.
Notably, Robert gained massive traction after he warned companies about invest in dot-com and the real estate bubble that lead to thousands of people in the United States losing millions of dollars.

Who is Robert Shiller? Robert Shiller is a Noble Prize winner and renowned economist with extensive knowledge and experience in the financial and trade markets. He companies the trends of more than 2,000 digital currencies that have been launched into the industry since 2009 and the famous rise of “time money” in the 1800s.
Josiah Warner launched a Cincinnati Time Sore in 1827 and its main goal was to sell products to customers in hours of work that were dubbed as labor notes. Two years later, an investor and technocrat, Robert Owen who owned Welsh Textile Company invested millions of dollars into National Equitable Labor Exchange that was based in London and operated on “time money”. Robert exchange was based on Josiah’s concept bur surprisingly both ventures failed terrible to achieve the expected results. 10 years after the two ventures failed, John Pease Norton came up with a proposal to create an electric dollar that was focused on comedic fodder instead of monetary innovation that everyone was accustomed to at that time.

Reasons for his Sentiments About Bitcoin

In a blog post that has since gone viral, Robert has stated that most of the people working outside the computer department or are not conversant with the tech world cannot describe how cryptocurrencies work. This mystery creates a unique form of exclusivity that motivates more people to invest in the currencies. According to Robert, cryptocurrencies is not a new concept as many other monetary innovations have been launched in the past but failed to take off. Nonetheless, with most of the monetary case studies that he uses to justify his theory, it is important to note that Bitcoin, the largest and first crypto in the world continues to break records as evident from the recent increase in its price to $8,500. At the moment, it is estimated that bitcoin market capitalization stands at $143 billion. This is relatively $30 billion increase in value from last year.

Another expert, Balaji Srinivasan from Coinbase Inc. in his speech at the Consensus Conference 2018 stated that cryptos have matched the hype by recording tremendous success across the globe. They have proven to be a secure and effective way of conducting cross border money transfers and corporates are now embracing them. It is also important to remember that in September last year, Shiller told Quartz in an interview that Bitcoin is one of the best examples of a financial bubble that is based on speculations.

However, thousands of people have referred to Bitcoin as a bubble since 2013 but the digital currency stood the test of time and proven its value and influence on the financial markets across the globe.

Ethereum and XRP Creates Ripples in the Cryptocurrency Market