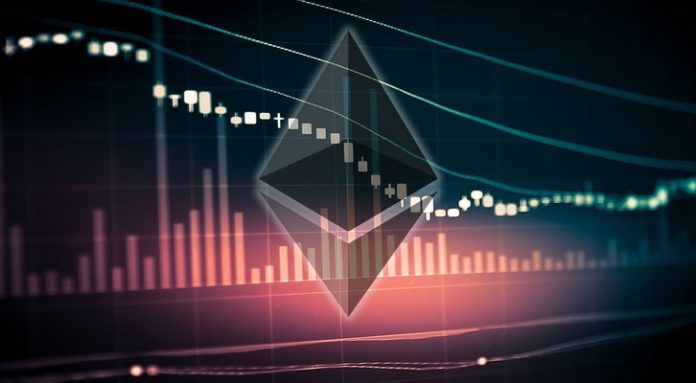 In the last 48 hours, the global cryptocurrency market has dropped to $14 billion as major currencies such as Ethereum have recorded a significant change in the prices across major exchanges. Ripple, Bitcoin Cash, and Bitcoin have also suffered the same fate to the extent that some have recorded a drop of up to 6%.

Over the last couple of weeks, experts have warned that some of the major currencies could face tough times if the trends continue. In less than one hour, Ether prices on Bitfinex dropped from a commendable $574 to $492. This is a surprisingly 14% drop in price in just one hour. However, the currency bounced back to $492 later on but there is still a gap of 10% from the original cap of $574. Some of the experts such as WhalePanda have in the past commented on this matter are of the idea that the drop in prices was because of the dump of Ether during the initial coin offerings last year as well as the new blockchain projects being undertaken by the company.

This is a common problem that results from blockchain technology projects and initial coin offerings that manage to raise billions of dollars from the sale of their premier token to investors to fund their developments and growth projects. It is recommended that ICOs not only focus on development of the company and technology to offer the currency, but to set aside a given amount of money to support the tokens raised.

That is not what happens in most cases; unfortunately, most of the ICOs usually prefer liquidating their ETH on the major public exchange platforms such as Bitfinex. The ripple effect of this innocent action is a domino effect that results in other currencies trading on the said platforms recording a significant drop in prices.

You should also note that price drops can also be caused by conventional and legal transactions such as transfer of money accrued from EOS smart contracts to a given cryptocurrency exchange platform. This kind of occurrences results in short-term recoveries in prices. Is the Crypto Market Poor?

In order to answer this question, you need to look at the performance of the main currencies such as bitcoin. Its price dropped to below $7,200 and it is anticipated to stabilize at $6,000. Other currencies have fallen by approximately 5-8%.

However, it is not correct to say that the cryptocurrency market is performing poorly, as it is a unique market that is not affected by factors that control the fiat trading platforms. As noted by CCN, Bitcoin is the most stable digital currency in the market at the moment when you compare its performance with the other currencies such as Ethereum.

Ripple XRP Becomes the Second Largest Cryptocurrency in the World