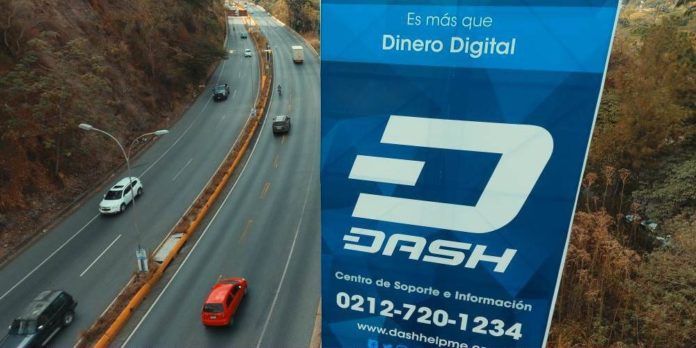 Venezuela is one of the countries that are known to have the highest rate of inflation. Luckily, cryptocurrency is helping the situation but providing a viable alternative to fiat currency. As noted by Pulse Live, the locals are shifting to cryptocurrencies as more stores start installing systems that allow customers to make purchases using Dash and other currencies.

Dash Core Group that created Dash digital currency recently revealed that at least 200 merchants signup to use Dash as the main form of currency in their stores per month. Wallet downloads in Venezuela has also increased and this is a clear indication that cryptocurrencies are being embraced at a faster rate than expected before. Last weekend, President Nicolas Maduro announced a number of measures that are geared towards helping the economy of the country stabilize after many years of high inflation. One of the new measures is devaluing the bolivar by up to 95% and rooting for mass usage of Petro, the official government cryptocurrency.

Dash is a cryptocurrency that was developed in 2014 with the main goal been to empower Venezuelans with information on the potent power of blockchain technology. Two of the main attributes that have helped this digital currency gain traction is the near instant transaction capability and low fees charged.

At the moment, Dash is considered the 14th largest and most popular cryptocurrency in the world. It is estimated that more than $1 billion worth dash token are already in circulation. Increased endorsement of this currency by stores in Venezuela and other financial institutions operating in the country will further fuel its growth and value. In a recent interview, Taylor, the head of Dash Core Group said that the increase in number of wallets downloads is a clear indication that the number of retailers and people in Venezuela who use Dash is on the rise. This is based on the fact that the wallet is a must-have thing to store and use Dash.

Fast Adoption of Dash in Venezuela

Retailers who were also interviewed lamented that even if they were to accept credit card payments, it would take at least one day for the funds to reflect in their bank account. They also added that because the value of bolivar is spiraling out of control, the amount ends up having less value compared to if the transaction was done using Dash.

Dash is designed to work perfectly as an alternative to debit card and fiat cash. As mentioned earlier, the transaction fee is very low and this makes it affordable to all Venezuelans irrespective of their social class or economic capability.

Another major aspect that has helped fuel adoption of Dash in Venezuela is the fact that Core Group, the developer of this currency, is involved in a number of projects in the country that are aimed at improving the lives of the citizens.

Thirdly, unlike other cryptocurrencies that have an open source systems that have no central funding, Dash has Core Group backing/support. Core Group is instrumental in managing the network and keeps the new funds created by the digital currency underlying code.