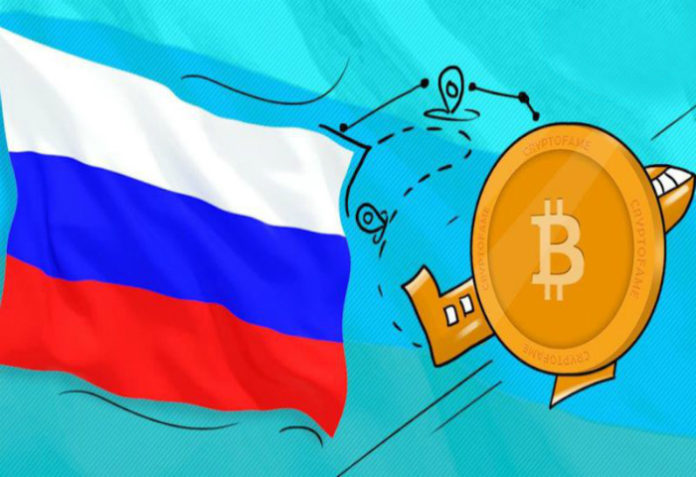 Financial regulator to oversee the Russia cryptocurrency industry is the latest news in the industry. Russia is one of the countries that are yet to embrace this technology fully. The regulator, Federal Financial Monitoring Service, has stated that it will regulate all cryptocurrency transactions in the country. One of the senior officials also revealed that the agency is putting in place measures that will enable it to oversee the broader and ever-growing cryptocurrency industry. It will do this in accordance to the stipulated recommendations provided by Financial Action Task Force (FATF).

Russian Federal Financial Monitoring Service also commonly referred to as Rosfinmonitoring in Russia is currently put in place processes that will enable it license, register and monitor cryptocurrency exchanges operating in Russia. The regulator also has the powers to monitor crowdfunding platforms such as Initial Coin Offerings as well as companies that offer digital currency wallets. The Deputy Director, Pavel Livadny, also said that all states that took part in FATF are required to make the necessary changes to their legislation. The changes will promote the introduction of licensing regimes and registration processes for companies that want to trade in cryptos or offer services related to cryptocurrencies.

Notably, Federal Financial Monitoring Service was initially formed to come up with ways of curtailing money laundering. The management just recently updated the glossary and recommendations to include digital or virtual assets.

According to FATF, virtual assets are digital representations of value that can be traded, transferred or used to make payments digitally. The assets can also be used for investment purposes on exchanges. The agency even went ahead to clarify that digital currency such as Bitcoin as entirely different from fiat currencies. The team is committed and determined to continue reviewing and monitoring cryptocurrencies.

The financial watchdog will now start to check all transactions that involve the exchange of cryptocurrencies and fiat currency as well as other related digital assets. Besides, it will monitor the transfer, issuance, and custody of digital coins such as Bitcoin.

At the time of writing, the minimum threshold of cryptocurrency transactions that will trigger the agency to take regulatory action is yet to be determined, but the team has revealed that it will track all deals that involve more than $9,000 or more.

Russia cryptocurrency industry still operates in a legal uncertainty space. Last spring, lawmakers from State Duma supported a bill that was meant to regulate the industry. However, the final adoption of the law will be discussed in the fall session. The original law dubbed On Digital Financial Assets has also been revised several times with legislators deleting critical terms related to the industry such as mining and cryptocurrency. Recently, the Russian Union of Industrialists and Entrepreneurs forwarded some regulatory proposals to Dmitry Medvedev the Prime Minister, Andrei Belousov who is President Vladimir Putin personal aide, and Speaker of Duma Vyacheslav Volodin.

The entrepreneurs and industrialists are of the idea that the current standards are too high and unreasonable. They propose the introduction of regulatory procedures that are not complicated and in line with market trends. Such legislation will promote the growth of the Russia cryptocurrency industry.