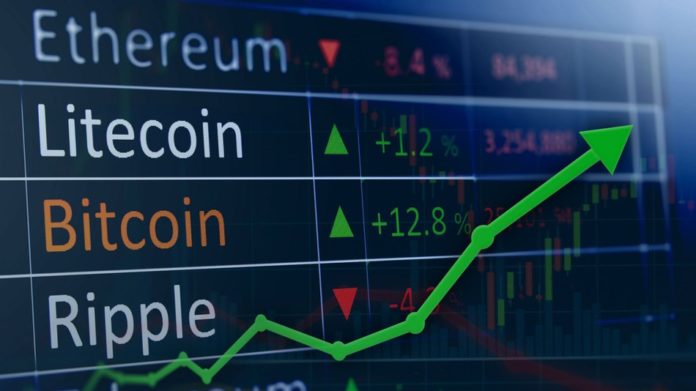 According to the CNBC, the global cryptocurrency market on Wednesday lost an estimated $13 billion in three hours. Cryptocurrency tracking site, CoinMarketCap, in a report said that Bitcoin value dropped 4.26%, Ethereum 9%, XRP 9.95%, and Bitcoin Cash 10.54%, all in 24 hours. More cryptocurrencies fell in value except for a handful that gained in value.

The bear trend was also reported by Bloomberg, citing that MVIS CryptoCompare Digital Assets 10 Index had suffered a loss of 80% in comparison to the prices in January 2018. This is more than NASDAQ’s 78% peak-to-trough decline after the bursting of the dot-com bubble in 2000. According to Neil Wilson, Market.com’s chief market analyst based in London, the plummeting value in the global cryptocurrency market goes to show that cryptocurrencies are a mere speculative bubble, which many analysts had foreseen. Many other analysts and agencies have come to safeguard the public against frauds in the crypto market.

The Securities Exchange Commission in the US has been on a campaign to crack down on the suspected fraudsters, while countries such as China was more stringent. Most notably, Tyler and Cameron Winklevoss had their dream of launching the first-ever bitcoin exchange-traded fund proposal shot down by the SEC. Regulators reviewing the proposal cited that bitcoin was easily susceptible to market manipulation and fraud as the reason for shooting down the proposal.

On the same day of the crash, Reuters reported that hacking of exchange and trading platforms had risen by 250% between January and September compared to the same period in 2017. Security bleaches led to the loss of an estimated $927 million. According to the Wall Street Journal reported in September that the investors who bought into the cryptocurrencies when the market cap was still small and prices lower, would still have made profits, but most people were left counting their losses.

The International Monetary Fund cautioned against the rapid growth in cryptocurrencies. In a recent report, the growth could create unprecedented vulnerabilities in the international financial system. The trouble with cryptocurrencies is that it is largely unregulated and market manipulation could cause enormous losses for crypto users. There is no telling how the market could react, and this uncertainty is flawed upon in investment circles.

Bear Run in the 2018 Crypto Market The cryptocurrency market is yet to recover to the market valuation recorded in the last quarter of 2017. Changes in Bitcoin prices always reflect on the other cryptocurrencies, and this was seen on Wednesday. When current bitcoin prices were compared to 2017 and early 2018, it had lost 68% of its highest value recorded at $19,783.21 which it hit on 17th December 2017. This resulted in the collapse of other coin prices, only a few such as Tether, which gained by 0.06%.

Some investors are looking at it as a bad day in the global cryptocurrency market. There are some experts who are convinced that this is deliberate manipulation by some 1000 investors who control 40% of all bitcoins. According to Gizmodo, CoinMarketCap had in January measured the cryptocurrency market capitalization at $835 billion, but by Wednesday, it was down to $205 billion.

First Cryptocurrency Visa Debit Card to Be Launched in Singapore