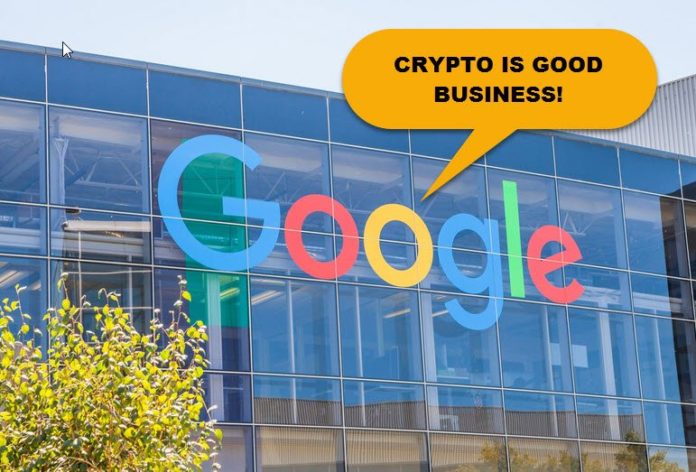 Cryptocurrency wave is proving to be unstoppable despite calls for regulations and some governments banning trading of digital assets in their countries. Follow numerous research studies that prove that cryptocurrency pose no harm on the global economy, Google has reconsidered its ban on cryptocurrency ads as reported by CNBC.

The decision to lift the ban will definitely enhance the industry by painting a positive image especially to investors who were not sure about the future of digital assets.  Reports indicated that the company has agreed to allow regulated cryptocurrency exchange companies to buy advertisements in Japan and United Sates. This new policy is expected to take full effect in October.

The original ban of cryptocurrency ads on Google took effect in March this year. The main goal was to protect consumers and companies from fraudulent initial coin offerings, trading advice, and digital wallets. It seems that the company has finally realized that cryptos have the potential of improving lives as well as businesses through blockchain technology. Notably, shortly after Google announced that it would not be allowing crypto ads on its network, other related social media platforms such as Twitter and Facebook followed suit thereby hindering initial coin offerings from achieving their set goals and objectives. The initial hard line approaches were unforgiving to not only the fraudulent companies but also the legit crypto businesses as they could no longer purchase and distribute ads on the search engine.

During the interview, Scott Spencer, one of Google’s representatives stated that the company does not have full knowledge about the future of cryptocurrencies, but confirmed that they had seen enough consumer harm as well as potential risks that need to be approached with caution.

The updated Google cryptocurrency ads policy allows digital marketers from all across the globe to purchase ads from the company. The caveat is that the ads can only run in Japan and United States, but this is not really a deal break since both countries are known to have a huge number of cryptocurrency enthusiast and investors. All interested companies are required to apply for a special certification to be allowed to distribute ads in each of the countries. That is, you will need to get accreditation to distribute the ads in Japan and another approval to promote the ads here in the United States.

The decision by Google may have being informed by Facebook recent announcement to allow pre-approved cryptocurrency advertisers to post ads on the ever-growing social media platform. It is also important to note that a 86% of revenue that Google gets comes from advertising. In the first six months of 2018, the company recorded ad revenue of $54 billion and this figure is expected to skyrocket once advertisers are allowed to resume adverting their crypto products on the network.