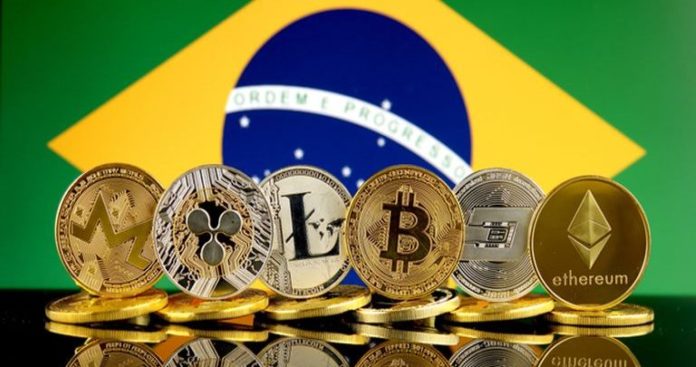 The largest and most influential brokerage firm in Brazil, Grupo XP, has announced it plans to launch a trading platform by the end of this year, 2018 that will specifically support Ethereum and Bitcoin. In recent interview, the chief executive officer, Guilherme Benchimol announced that the company is in the process of adding Ethereum and Bitcoin in its current infrastructure of brokerage. The move will give more than 3 million investors in Brazil an opportunity to invest in digital assets and profit from them fully.

As earlier reported by US, icopresident.com and on CCN, Brazil government recently initiated a formal investigation into the operations of some of the major financial institutions and banks in the country after receiving a number of complaints related to cryptocurrency exchanges. The complaint was that the exchange platforms were receiving subpar financial services from the local financial institutions. In a statement made by one of the officials working at Administrative Council of Economic Defence, the regulator does not see it necessary for banks to put in place stringent measures on a straight-line basis that affect all cryptocurrency companies without first evaluating the level of compliance as well as the anti-fraud measures that the brokerage firms have put in place.

Surprisingly, the chief executive offer has personally revealed that he is not a huge fan of cryptocurrencies but he feels that the company need to move with the trend to stay relevant and continue generating profit. The decision by Grupo XP is timely based on the fact that the cryptocurrency market in South America has been gaining massive traction recently.

With the Brazil government supportive of the blockchain technology and cryptocurrency, it is not difficult to see why Grupo XP platform will be a major success in the country. Experts also predict that there are investors who will establish their own exchange platforms in a bid to take full advantage of this new market. This is based on the fact that the support and encouragement from the various financial regulators meant to motivate banks to start providing financial services especially to cryptocurrency exchange platforms operating in the country will provide opportunities for international expansion.

The cryptocurrency market has been on an upward trend and the news that Brazil and other countries support the technology means that it is going to continue advancing and helping people become financial stable. Since 2017, South Korea, Japan, and US has recorded a significant stabilization of their cryptocurrency exchange markets. The stable market is as a result of creation and implementation of practical regulatory frameworks that are tailored to promote growth of crypto businesses as well as safeguard the interests of the investors.

Regulatory uncertainty has being holding back most countries in Asia and South America from advancing but the forward-thinking approach used by Brazilian government is encouraging. Other countries that are still reluctant to support cryptocurrency should follow suit to avoid being left behind.