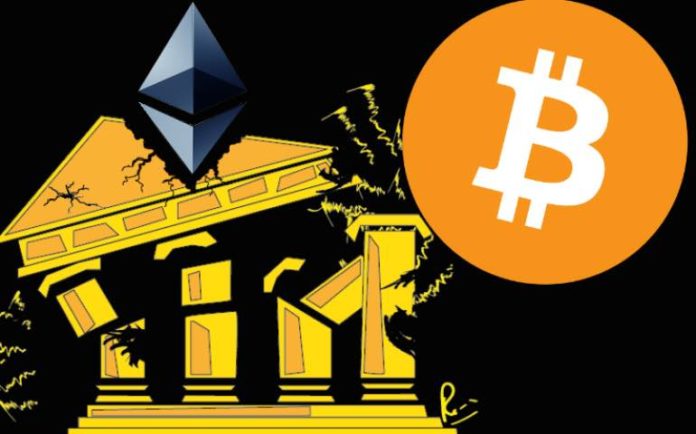 A decade ago, nobody would dare to invest money on Bitcoin due to the many risks involved as well as lack of information on how it works. 10 years down the lane, the narrative has changed and millions of people are now rushing to invest in this digital asset.

However, banks are reluctant to allow their customers to use these currencies for a number of reasons. Today, we will look at the plausible reasons why banks hate cryptocurrencies.
But before we do that, it is important to note that the increase in number of cryptocurrencies over the last few months has caused bankers to have an abhorrence attitude towards the currency. As noted by The Next Web, cryptocurrency market supposed $470 billion market cap and some of the currencies such as bitcoin surpassed $10,000 mark in February this year. These statistics are proof that the cryptocurrency market surpasses some of the largest banks in the world such as JPMorgan Chase, which is considered the largest and most influential bank in the United States.

Ethereum closes follows Bitcoin in terms of market capitalization and this is why most bankers are worried that the crypto market growth rate could soon force them to close shop if they are not ready to give in and embrace the currencies. In fact, there are banks that have gone ahead to prohibit their customers from using the currencies and those who go against this directive have their bank accounts suspended or frozen.

Increase in Value of Cryptos

In 2017, the value of bitcoin increased from $1,000 to close to $20,000 in just 12 months. One week down the lane, the value dropped by $1,000 but that did not deter investors from purchasing it and trading it through the various exchange platforms available online.

Experts who have been monitoring the market trends are of the idea that even though prices are very volatile the value of cryptos will continue to increase thereby making some of the conventional currencies looks cheap and unworthy in some transactions. For instance, using just one bitcoin, you can purchase multiple cars in some countries such as Japan. The blockchain technology used to develop and transact using cryptocurrency does not allow third parties to monitor the investors or traders. Therefore, government and other regulators feel that they are been left out and would want to join in and pry the activities of the people involved in these digital currencies. In addition, those in the ecosystem get to share information discreetly and efficiently especially on the best ways to invest the digital currencies.

The conventional banks have no option but to join the industry in a bid to get the most from it as well as streamline their operations. It is no brainer that embracing a digital currency such as bitcoin will result in thousands of new customers gravitating to the bank.