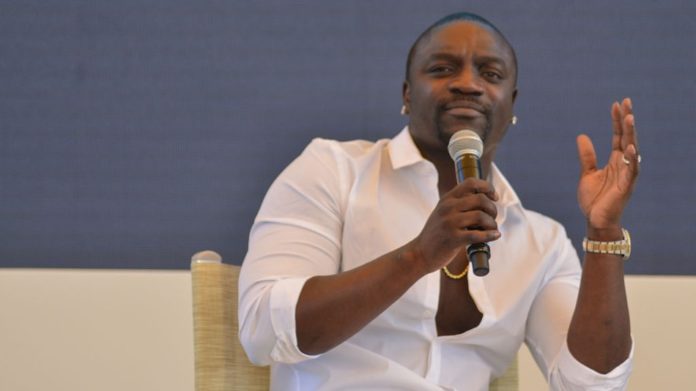 Over the last three years, we have seen reports of corporate companies that have launched their own cryptocurrencies. Celebrities have also joined the craze as evident from reports online that Akon has launched his own digital currency, Akoin, that we be used in Senegal crypto city that he intends to launch.

Akoin to be Launched in Two Weeks

As noted by Coin Telegraph, the rapper has revealed that his cryptocurrency will be available to the public in the next two weeks. He also went ahead to state that it is meant to be used in the 2,000 acres given to him Senegalese president to establish a crypto city.  This city will be the first of its kind in the world and will greatly help to spread the blockchain technology in Africa. According to Akon, the city will be fully crypto based and this means that all transactions will be done using the cryptocurrency. The main goal is to become the leading smart city planning designs that have a blank canvas that facilitate use of cryptocurrency in business and human exchanges. The team that his helping the rapper actualizes his dream also aims at reinventing the conventional way of our existence in the planet by showing us that we can do business without relying of fiat currency.

Notably, Akon has been doing charity work across the continent such as establishing of solar power plants across Africa to ensure that all households have access to electricity. In his statement, he stated that he strongly believes that blockchain and cryptocurrency will provide solutions to most of the problems facing Africans. The currency will give the power back to the people as well as establish a currency system that is designed to cater for their needs and preferences. The currency will enable Africans to advance themselves or come up with their own projects instead of relying on only the government to do everything for them. One of the journalists who attended Akon’s press briefing asked him about the specific details of the technology that will be used to launch and facilitate use of the crypto for business transactions. The music superstar started that his role in the project is to come up with the concepts and fund them, then let the geeks working on it to figure out how to establish and test the technology to ensure that it is fully functional and capable of achieving the set goals and objectives.

Ambitions to Run for Presidency

Akon also spiced up the press briefing by hinting that he was thinking of running for president of United States office in 2020. The ambitions to come up with a cryptocurrency and run for presidency are similar to John MacAfee recent remarks. John recently stated that he would soon launch a fiat currency that will be powered by the same crypto blockchain technology.

UK’s Education Department Will Not Include Cryptocurrency in the Curriculum