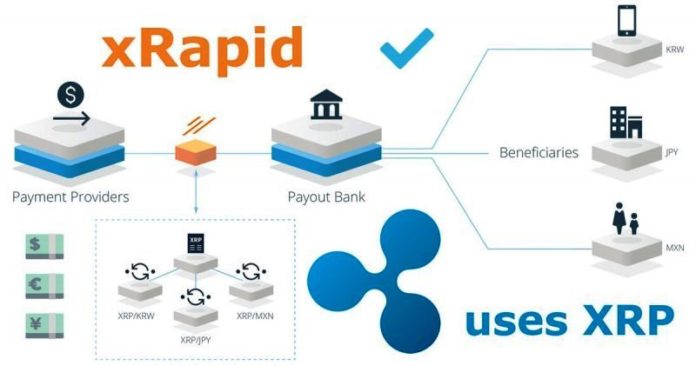 Sagar Sarbhai is of the idea that the next cryptocurrency product xRapid made by Ripple will be introduced into the market next month or so. As noted by CNBC, the company is yet to make it known if any bank tests have been conducted to determine the feasibility of the product in the market.  The executive also went ahead to state that more than 120 banks from different parts of the world have already signed partnership deals with the company and they are using xCurrent, a blockchain based product.

xRapid is an advanced blockchain product that is designed to help banks process transactions faster and more securely by making using of XRP. According to Sagar Sarbhai, who is currently the head of regulatory relations in the Asia-Pacific region, the company has is in the final stages of creating the product and could soon launch it. In a recent interview with CNBC, he said that he is very confident that the cryptocurrency fraternity could soon benefit from the new product in the next few months. According to a statement from the company, xRapid will rely or use XRP cryptocurrency as a bridge that will enable banks and other financial institutions who will embrace it to process transactions faster and in multiple fiat currencies. Faster cross-border transactions will greatly help to improve businesses as well as economies as people will not have to wait for days for money to clear and appear in their bank accounts.

For example, an international bank here in the United States wants to make payment to a company in Indian but first wants to convert the US dollars to Indian Rupees. At the moment, the bank will need to have pre-funded local currency accounts for the transaction to be completed. Fortunately, xRapid removes this hurdle by speeding up the process by first converting the dollars into XRP tokens that are then transferred to the overseas bank account. Once the recipient gets the tokens, he can easily convert them into Indian Rupees. Due to the huge potential of this product, Ripple has managed to get deals from a number of high-end financial institutions such as American Express and Santander. However, most of the deals mainly focus on xCurrent but experts project that xRapid will be successful and will help the company reign supreme in the competitive financial industry.

At the moment, xCurrent is widely used by banks for international transactions as it runs on a robust ledge technology. That is, banks are able to communicate with each other more conveniently and faster. More importantly, they are able to confirm each stage of the cross-border payment in real time thereby promoting transparency and eliminate the risk of fraud happening.

The value of XRP on exchange platforms is on the rise thanks to these new products that are cementing the company’s position in the cryptocurrency world. Its price increased to $3 from $0.006 at the start of 2017.