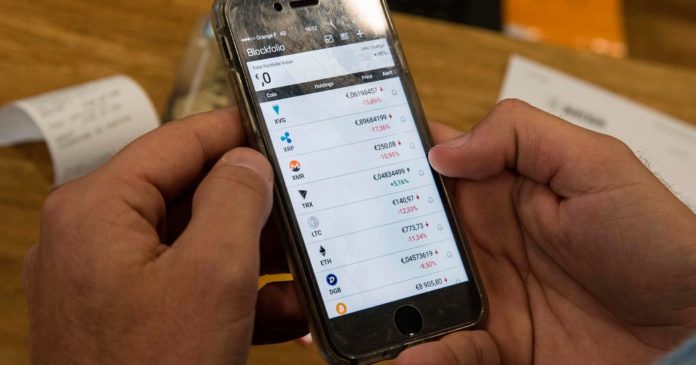 Free Ethereum giveaway frauds have increased tremendously especially on Twitter. Hundreds if not thousands of people are lured to take part of these scams only to end up losing their hard-earned money to fraudsters. Similar phishing activities are also rampant on Slack hence the need for the said platforms to come up with stringent measures of identifying and removing such scams on time.

As a cryptocurrency investor, it is of paramount importance to be informed about the various official communication channels used by the legit crypto companies to avoid losing money. Blockfolio mobile application was developed and introduced in the industry back in 2014 to help investors make the right decisions and identify legit investment opportunities online.

Concisely, Blockfolio is a portfolio tracking mobile application that is estimated to have more than 4.5 million users from all parts of the world. One of its highlights is the accurate information about more than 6,000 cryptocurrencies. The developers of this mobile application also went an extra mile to integrate it with 240+ legitimate cryptocurrency exchange platforms. By downloading and installing this app on your mobile device, you will be able to monitor your digital assets while on the go. For example, you will be able to check the prices of the cryptocurrencies you have invested on multiple exchanges. More importantly, the cryptocurrency project developers will send updates straight to the application thereby eliminating the need to browse the internet to get the same information.

For several months now, the company that owns and runs this mobile application have being holding a fundraising whose main objectives is to get enough funds from investors to improve its operations and functionality. The fundraising movement was led by Pantera Capital, one of the most progressive and prolific digital currency hedge funds in the world. The management team on Wednesday announced that they have managed to raise $11.5 million.

Bitmex, Huobi, Danhua Capital, Mayfield, DCM Ventures, Abstract Ventures, and Pathfinder are some of the major investors. Speaking during a recent interview, the CEO and Co-Founder Ed Moncada said that the firm would not have managed to raise the money if it was only a cryptocurrency price tracking application. In May, a new feature dubbed “Signal” was introduced. This new feature allows the team to broadcast updates via optional push notifications instead of the traditional infinite-scrolling feeds. The CEO is also optimistic that the mobile application will expand and not only offer cryptocurrency market data but also play the role of a mediator for blockchain related project participants. He also revealed that the main objective is to see cryptocurrency teams from all across the globe use the mobile application to gather feedback from coin holders, give investors an opportunity to recommend changes in features, as well as vote on various protocol upgrades before they are implemented.

At the time of writing this review, more than 90 cryptocurrency teams rely on the Blockfolio to provide directional updates and more than 300 teams are already on the waitlist. Some of the companies that are using the application to blast notifications include privacy coin Zcash, Augur, and Civic.

The Largest Cryptocurrency Company in US, Coinbase Valued at $8 Billion