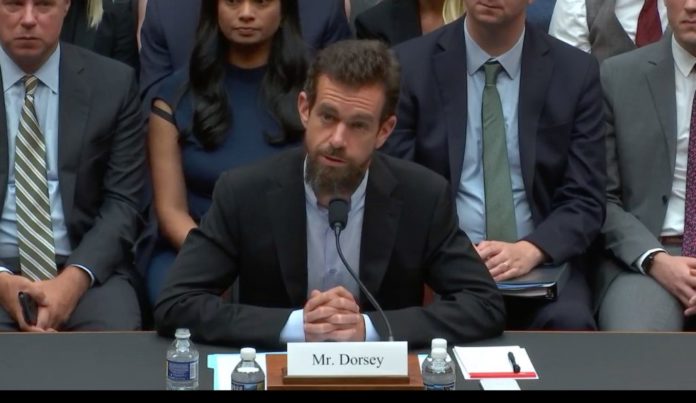 Scammers usually use social media platforms such as Twitter to launch their heinous plans. While attending a Congress committee meeting on Wednesday, Twitter CEO stated that the company is considering using blockchain technology to combat scams on its network.

As noted by CoinDesk, Jack Dorsey stated this when responding to a question about user data privacy and protection. The question was floated by Doris Matsui, a California Representative who wanted to know what the company is doing to ensure that their users’ data is not used without their consent. Doris also requested Jack to clarify his earlier stated that Twitter was exploring use of blockchain in a wide range of applications that run on the network. Notably, early this year Jack Dorsey stated that he hoped that bitcoin would soon become the native web currency and so it is not difficult to see why he would recommend use of blockchain technology to lock out scammers from the social media platform.

When responding to this question, Jack stated that the company is yet to explore blockchain technology and the impact it would have on the social platform fully. He also went a step further to state that the company has a team that is exploring how the technology could help resolves problems facing the platform.

As reported on multiple cryptocurrency, news outlets online, Twitter have being working tirelessly to come up with policies to help streamline its operations. In the past, pseudo names of prominent people in politics and entertainment industry have been used to create accounts on the platform and swindle unsuspecting users thousands of dollars. Square, a global payment processor where Jack also works as the CEO has shown massive interest in using blockchain technology to enhance its operations. For example, the company incorporate bitcoin in its merchant point-of-sale systems back in 2014 and launched cash mobile application in 2017.Shortly after the launch of this application, the company began to carry out tests to determine if the application can be used for buying and selling bitcoin.

The California Representative also used the meeting to highlight a crucial section of legislation that proposes creation of a blockchain technology focus group in the Department of Commerce. The group’s main objective would be to research usage of blockchain technology in various industries and the impact it could have on the economy of the country. However, this legislation is yet to be tabled in the house but Matsui stated that she is finalizing it and will soon present it for discussion.

Blockchain technology can be applied in a broad range of industries as evident from the many Initial Coin Offerings being launched across the globe on a daily basis. Twitter and other social media platforms can indeed use the technology to combat scams, as well as fake news that are spread on the platform.

Ripple XRP Becomes the Second Largest Cryptocurrency in the World