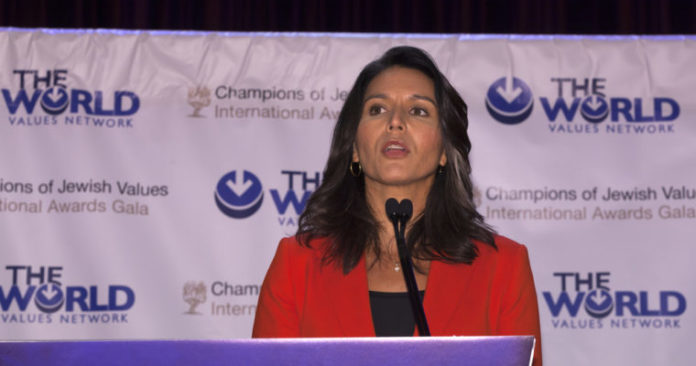 Bitcoin is one of the primary or the most popular cryptocurrency in the world today. Due to its popularity, it is not difficult to see why a majority of people assume that politicians or business executives have invested in it. A recent federal disclosure report that was released on August 14 this year has shown that Tulsi Gabbard, a Hawaii Representative that is well known for his political stands disclosed that she had bought Ether ETH and Litecoin in December 2017 when the two were trading at $276.405 and $56.7540 respectively. As noted by Bitcoinist, Gabbard spent between $1,000 and $15,000 on each of the two currencies. What’s missing is the specific date that he did the transactions and the amount of tokens that she is currently holding could vary. It is also important to note that during the same period that she bought the two currencies, the value of Bitcoin dropped from $20,000 while both LTC and ETH rose significantly.

More Politicians in US Embracing Cryptocurrencies

Even though Gabbard did not invest in Bitcoin at that time possibly because of the drop in its market value, other politicians in the United States have publicly stated that they support this currency. Another report posted online also stated that more than 8 politicians accept donations made to their campaign using bitcoin. Some of the notable figures are Rand Paul and Jared Polis.

In June 2018, the OGE (Office of Government Ethics) made it official for all federal employees to disclose the amount of cryptocurrency that they might be holding or invested in every year. The body also went ahead to state that they are aware of the fact that digital currencies have become very popular in the country and the number of stores that accept them have also doubled. Therefore, employees of OGE who have virtual currencies have been approaching ethics officials requesting for clarification about their financial reporting obligations. The revelation that politicians have also embraced this new form of currency will definitely have a positive impact on the market. We expect to see a surge in number of new investors who were previously not sure on whether investing in cryptocurrencies was a good idea. The value of some of the digital currencies such as Ether and Litecoin may also increase significantly over the weekend.

Finally, digital or virtual currency such as Bitcoin should be considered as an investment asset not only here in the United States but also in other parts of the world. Even though owning or investing in the currency could result in a conflict of interest especially for government employees, persons interested in investing should not be held back. Instead, the government should come up with ideal policies to govern the investments and reduce the risks associated with them.

PeruCoin: The Premier Cryptocurrency in Peru