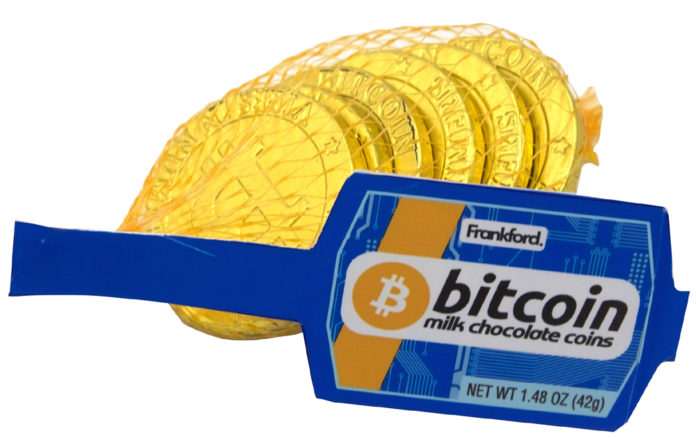 Well, the price of bitcoin has being a major concern for investors this year, but there is definitely light at the end of the tunnel as more countries continue to embrace the blockchain technology. A recent visit to Walmart shows that this mega retail store is also seriously considering adopting bitcoin and other cryptocurrencies. Even though Walmart management has not made it public why they decided to start selling these chocolates, it is clear that they are serious considering accepting payments in bitcoin and other digital currencies. Such a move would have major ramifications on the value of not only bitcoin but also other digital currencies. It is also proof that Bitcoin is soon going to become the mainstream or main form of currency especially for people who love shopping online.

Raising Awareness to the Masses about Cryptocurrency

Previously, Walmart was a bit hesitant to public show its interest in adopting blockchain technology owing to the fact that such an announcement could have both negative and positive impact on the business. However, it is clear now that the retail store fully supports the technology,

Notably, previously Walmart only connection with Bitcoin was through its online store where it stocked numerous books and magazines that discussed cryptocurrency and blockchain technology. Now, investors who are interested in investing in Bitcoin can also do so by through Walmart2Walmart money transfer service.

Apart from showing support for Bitcoin, it is important to appreciate the fact that Walmart is one of the most dominant retail store not only here in the United States but also across the globe. Over the last three years, a number of blockchain patents connected to it have emerged. The company seeks to take advantage of the technology to streamline its supply chain as well as expand its clientele base. For example, allowing clients to pay for products using Bitcoin or any other currency will greatly endear the retail store to more customers. As such, it will successfully expand its clientele base and compete effectively with other online ecommerce companies such as Amazon.As noted by Bitcoinist early this year, one of the blockchain patent applications that gained massive traction online is the store proposed use of Bitcoin to purchase energy.

Sure explaining the blockchain concept to people who have never heard about the technology can be a daunting task especially if you choose to compare Bitcoins with the fiat coins. But, this will soon be easy thanks to the continued support and adoption of blockchain technologies across multiple industries. Countries that were hesitant to accept crypto exchange platforms to operate in their countries have now eased the regulations. Indeed, cryptocurrency is the future!

ROBOTINA – Save electricity. Save Money. Save the planet.