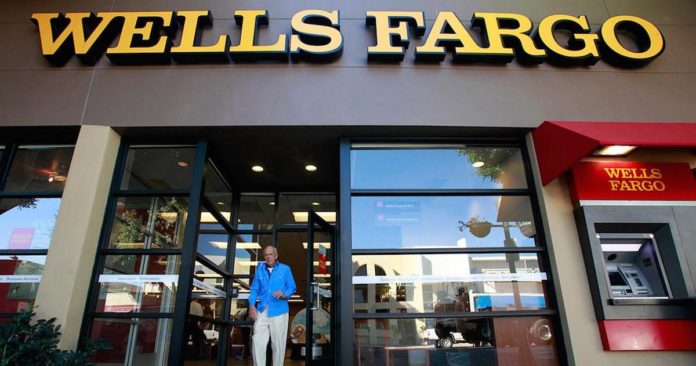 As noted in an article posted on Bloomberg, customers of the renowned financial institution Wells Fargo will no longer be able to use their credit cards to purchase Bitcoin and other digital currencies such as Ethereum. In a press statement, the company stated that even though it is currently evaluating the cryptocurrency market, they have no option but to halt the use of their credit cards to purchase digital assets.

Notably, Wells Fargo has followed in the footsteps of other large companies that made a similar decision such as Bank of America Corporation and JPMorgan Chase who also imposed a similar ban in February this year citing various risks such as credit risks and price volatility. Most of the traders who have commented on this issue are of the idea that they are concerned that if one of the clients gets a loan and invests in digital currencies only to incur loses and fail to repay the loan. Therefore, there is a need for the cryptocurrency market movers to come up with robust ways of reducing the volatility so as to prevent other banks from imposing similar bans.

A study that was conducted last year revealed that more than 18% of bitcoin purchases are done using credit card. The research also revealed that 22% of people who invested in the coins did not manage to pay off the debt after buying the coins due to lack of information on how to invest wisely in the digital currency sphere.

The market capitalization of Bitcoin has dropped by half-based on last year statistics, and this means that if this trend persists, there will be more loses and so there is need to make strategic decisions. A string of cryptocurrency exchange hacks and cyber heists are also affecting the industry negatively as most new investors feel that they could lose money if the exchange platform that they choose is hacked and money lost is not recovered.

Regulation Causing Jitters in the Industry

Regulation calls by most governments such as China has resulted in some currencies been banned thereby reducing the supply in the market since the supply of most currencies in circulation is limited. For any new investor who is planning to invest in the currency, it is highly recommended to do thorough research to know the most plausible ways of investing to avoid end up in debt and financial turmoil.

However, Well Fargo decision to suspend use of their debit cards to purchase cryptocurrency will have an impact on the prices of most popular currencies. We could also see a drop in the number of new investors or interested parties joining the industry.